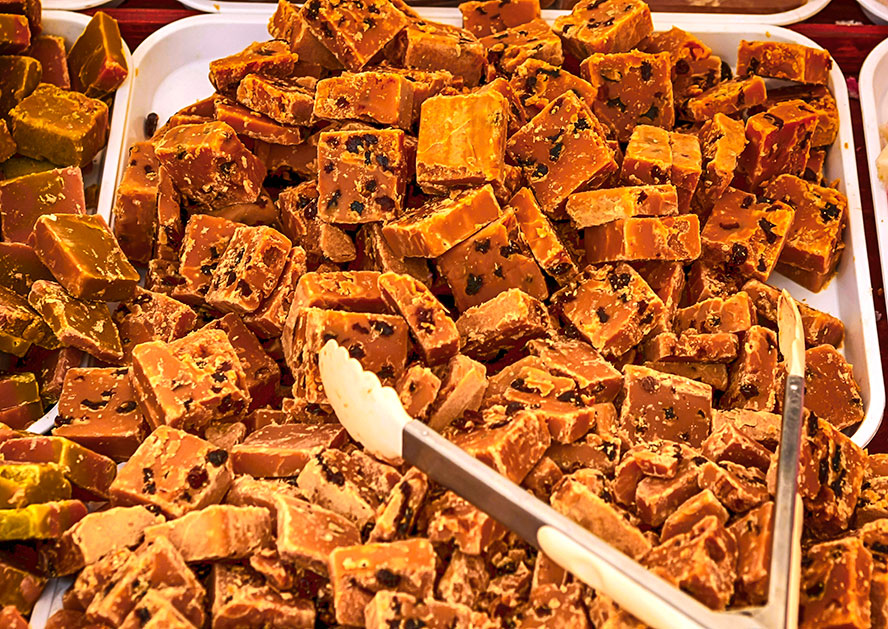 Rum Raisin Fudge is a delicious dessert reminiscent of the fudge store specialty from the family vacations you used to take as a kid. You know the one, where you walk in and smell the fudge. The glass counter has fudge flavors you couldn't even imagine existed and the shop's specialty Rum Raisin Fudge was front and center. Now you can make it at home! Combine sugar, Smith's Sour Cream and margarine in a saucepan. Bring it to a rolling boil over medium heat while stirring constantly. Boil for another 5 minutes while stirring until the mixture reaches 236 degrees on a candy thermometer. Remove the pan from the heat and stir in chocolate, marshmallows, raisins and rum extract. Beat vigorously for several minutes, until fudge begins to thicken. Pour the Rum Raisin Fudge into a greased 8" square pan. Let the dessert cool and then cut into squares before serving.