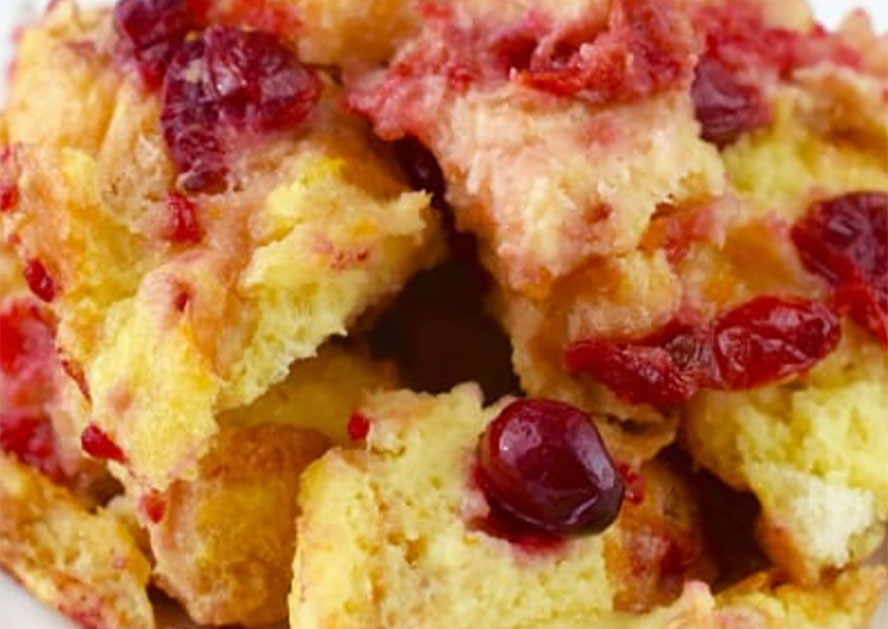 Bread pudding can be traced all the way back to the early 11th century, and was created as a way to use up stale bread instead of throwing it away. Today, it's still one of the most heart-warming, passed-down desserts you can serve, especially around the holidays. If you want to give this traditional dish a creative flair, try our Cranberry-White Chocolate Bread Pudding with a Balsamic Cranberry-Orange Sauce. The flavors of the season burst through every bite! To make    toast some sweet egg bread or rolls, then place small pieces into individual crocks. A mix of cinnamon, nutmeg and ginger goes on next, followed by the dried cranberries and white chocolate. Eggs, Smith's Milk and Smith's Half & Half are the rich and creamy liquids the spiced bread mixture will absorb. Let all of this goodness set, then bake until golden brown. The sauce that goes on the Cranberry-White Chocolate Bread Pudding adds a final layer of glory, made with cranberry jelly, orange marmalade and balsamic vinegar for the win.